Israeli Weapon Industries produced the x95 rifle as a newer version of their SAR rifle. Both rifles take advantage of a bullpup design and have serious Israeli military proven reliability. Created for Israeli troops and combat operations, the Tavor series was designed to take a beating, while also be dependable.

Bullpups are rifles that have their actions (the moving parts/bolts/chamber/etc.) behind the firing hand and close to the shooter’s shoulder. Typically, rifles have their actions just in front of the firing hand. The bullpup design allows for standard/longer barrel length while keeping a fairly short overall rifle. This has added benefits in that you have rifle precision to certain ranges, but also can use them in close combat quarters.

IWI’s first bullpup, the SAR is a great rifle. However, the X95 improves upon the design in some key ways. They’ve even continued their bullpup design to their newest Tavor TS12 Shotgun.

The X95 has a unique system of rail-covers that act as handguards on the forend of the rifle.

The X95 has a mag release button that can be operated with the firing hand, similar to an AR-style magazine release.

The X95’s trigger is better than the SAR. However, as we’ll cover below, we still recommend an upgrade.

Before trying this rifle out, I’ll admit, I had never fired a bullpup before. I’ve always appreciated their ability to provide a short overall length rifle without having to deal with NFA laws/the ATF with a short-barreled rifle (SBR).

Also, I’ve always appreciate the “out of the box” design (I can only see so many AR-15s), but I always believed that they had a sort of science-fiction look to them and they didn’t look enjoyable to shoot.

Honestly, I was a little embarrassed to show up to the range looking like I was a Starship Troopers cast-member.

However, my first experience with the IWI X95 was a very pleasant surprise!

The biggest things I loved about the X95 Tavor were the controllability and the recoil mitigation.

Being used to AR-15 style rifles and their front-end heavy design, I thought i might have a hard time adapting to the rear-heavy design of the X95. I thought that moving from position to position would be awkward, however, after running a couple of courses of fire, I realized the the compact design made it easier to control and the rifle is actually really well-balanced.

With the X95, the magazine release was like an AR-15. This was nice – having to deal with the alternate magazine release locations of most bullpup rifles would’ve have been one more thing to worry about/learn.

I also like the multiple QD points for sling attachments and the available rail real-estate (if needed). I could easily slide the handguards forward to access the rails and add accessories, such as flashlights.

Although the trigger is better than the SAR, I really recommend upgrading it by installing a Gieselle’s Super Sabra Trigger and Tavor Trigger Bow for the X95. It’s not cheap, but I used one on my buddy’s X95 and it is AMAZING.

Accuracy was good for a battle-rifle. I could easily keep a pie-plate sized group at 300 yards but not much better than that.

My biggest gripe about the design is the cutlass-style trigger/hand guard. Instead of actually guarding the trigger, it allows the rest of my firing hand to get up around the trigger. I think this could be a safety issue and it’s also not comfortable when a shooter is used to using their middle finger to support the weight of a rifle.

There is an aftermarket grip available that converts it to a standard pistol grip and trigger guard – this is a recommended upgrade.

I’ve upgraded the gasket under this cover to one designed to seal better – so far, so good.

However, my first experience with the IWI X95 was a very pleasant surprise!

Look, we love the X95. But that doesn’t mean it comes with everything you’re going to need to properly care for this gun. Here’s our recommendations to boost your and your gun’s quality of life.

These are just the bare minimum. The basics. But what’s the point of having a sweet bullpup rifle without any customizations?

If you’re serious about your bullpup, you’re going to want a serious sight to go with it. Optics are normally one of the most expensive investments when it comes to your firearms. However, they can not only extend the effect range of your bullpup, but beef up your accuracy as well.

Our top pick for optics on the X95 is the Elcan Spectre DR. This thing is a beast of a sight and quite possibly the best battle-ready scope on the planet. No joke. This thing probably has the clearest, brightest glass you’ll ever look through. Even at 4x magnification, you still get a 24 degree field of sharp vision. Not only that, but we’re pretty sure it’s bomb-proof–but don’t hold us to that. CHECK PRICE ON AMAZON

If you’re looking for something a bit (ok, a whole lot) cheaper than the Elcan, you may like the Trijicon MRO. It’s a miniature reflex sight that’ll take up less room on your rail and provide you with multiple brightness controls. However, it doesn’t quite have the magnification capabilities that you might desire. But as a quick reflex scope, this more than serves its purpose. CHECK PRICE While we really love the IWI X95, it doesn’t mean that this platform is absolutely perfect. However, there are some things that we can do to address some of its shortcomings. And that process all starts with our Editor’s Choice.

Our Editor’s Choice for X95 accessories is the Magpul Vertical Grip. If you’ve ever fired a bullpup with a vertical grip, then you’ll understand why this is a must-have. The vertical grip provides that extra bit of snugness and stability that is hard to replicate with a standard horizontal hold. CHECK PRICE

One of the biggest drawbacks to any bullpup carbine is the noise it makes when firing. They’re just too dang loud. However, a quality suppressor such as the Innovative Arms Deception can help alleviate that issue. You might have concerns on sticking something heavy on the end of the barrel, but the X95’s bullpup design actually helps to move the weight of the suppressor closer to you–making it more manageable. CHECK PRICE 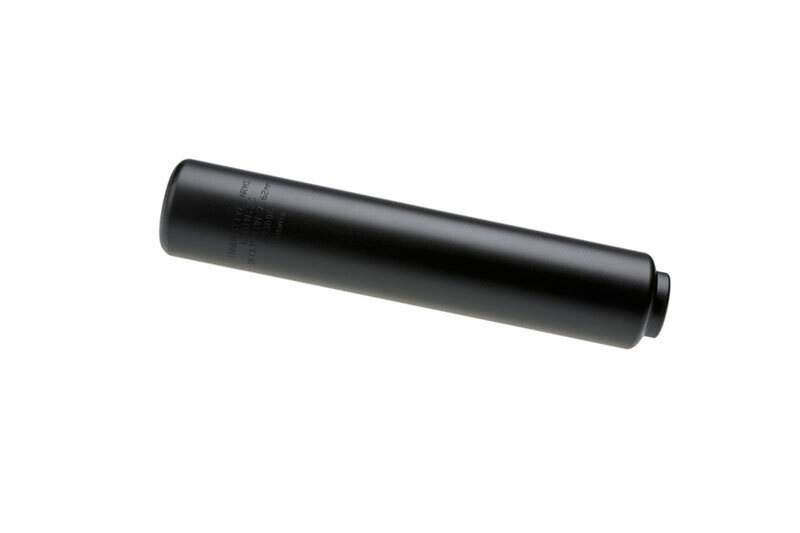 Other Bullpup Rifles of its Class to Check Out

Well, it’s hard for me to tell you to go out and check other guns. This truly is an awesome weapon. But for whatever reason, you may want to do a little shopping around first. So here’s a list of other bullpup rifles that may pique your interest–or have you crawling back.

Despite needing specialized magazines and parts, the Steyr Aug still remains a popular choice for those looking to buy a bullpup rifle. Why? Because of its cool factor! Seriously, it’s the ultimate bad guy gun. Other than that though, it’s a reliable choice for a bullpup. If you can afford its steep collector’s price…READ MORE

This is the bullpup behind the IWI Tavor X95. Its model paved the way for X95. If you’re interested in checking out the original, definitely give the Tavor SAR a look. But when it comes to actually purchasing a Tavor, stick with the X95… READ MORE

How to Care for Your IWI Tavor X95

After investing your well-earned money into this puppy, you’re going to want to take care of it. And rightfully so–the thing’s a beast when well-oiled and loved. Thankfully, the IWI Tavor X95 was designed for ease of maintenance, disassembly, and reassembly. Below is our favorite cleaning kit recommendation.

Important Links And Manuals For Your IWI Tavor X95

Roy Chesson is prior Navy with a specialty in international arms dealing for the US government across multiple countries. Having traveled the world and abided by ATF and ITAR, Roy has a unique background in legal as well as practical capabilities of weapons deployment and use.

Choose the best weapons,
improve their shooting and
increase their knowledge
on their rights.