Home / Reviews / Beretta 92FS Review: Does This Flagship Stand the Test of Time?

Die Hard. Lethal Weapon. Under Siege. If you grew up in the “Wondernine” years of the early 90s it would have been hard to avoid the allure of the distinctive-looking Beretta 92. 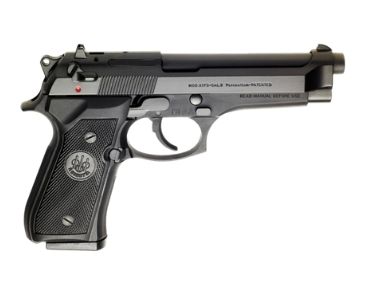 Sold at Brownells and Euro Optic

The Beretta 92FS is a full-size, semi-automatic, 9x19mm, DA/SA pistol. It is also a pistol with which I happen to have a fairly deep history. Being the closest thing possible to the military’s issue sidearm of three decades, it was the first handgun I ever purchased. The Beretta you see in these pictures is that exact same serial number. I have fired quite a few rounds through that gun, and I have also been issued a Beretta and carried during my first and only Iraq deployment.

Military guys are often somewhat down on the Beretta M9/92. You can’t talk to a SF Weapons Sergeant for five minutes – about anything – without broken locking blocks being brought into the conversation. Infantrymen will tell you what a piece of crap their M9 was, and officers of any denomination will lay blame for their piss-poor marksmanship on the big 9mm.

I’ll be honest, though: I didn’t hate the M9 and I surely don’t hate the Beretta 92FS. Even so, I recognize this gun as a product of its time and to be honest, it’s a little dated. Let’s take a look at some of its features, and see what this old warhorse is all about.

Reversible magazine release for those of you who never learned the “right” way.

So, how does the Beretta 92FS actually perform? Let’s explore a few key factors and see how it holds up today.

This will be a short section: the Beretta 92FS is insanely reliable. Over thousands of rounds with my personal 92FS and several hundred with other serial numbers, I’m not sure I’ve ever seen one malfunction. If I had to pick a gun, sight unseen, and count on it to work, the Beretta 92FS would be right up there with the Glock 17 for out-of-the-box reliability.

Some military guys will argue with me and I can’t really blame them. Military guns get used, abused, and issued for a decade after they should have been retired. I get it. If you buy a new Beretta 92FS from the local gun shop you can absolutely expect it to be reliable, though.

This 10-round, 15-yard group was fired in DA/SA pairs. It’s not bad, but it’s also nothing to write home about.

The Beretta 92FS is an accurate pistol. I can’t really rave about it here because I have some issues getting really good accuracy out of it. I have tried taking the DA/SA thing out of the equation by shooting it only in single-action. There’s just something about it that doesn’t lend itself to top-level accuracy in my hands, but I’ve seen some pretty amazing things done with one. Don’t let my failure stand in your way. Excellent accuracy is possible out of the Beretta 92FS – and you need only look as far as Ernest Langdon or Mike Seeklander for proof.

Right up front: this is a crazy big pistol! I pulled this thing out of the safe and was shocked at almost every dimension. The grip is large. The slide is very long, and for that matter, tall. The Beretta 92 is truly a “full-size” handgun. That’s OK for the role it filled in military and LE holsters, and the role it has certainly filled for citizen home defenders…but it is large.

I’m a dude with hands on the smaller side, hence my preference for 1911s. Even with the Beretta’s large grip frame, though, I don’t find it difficult to shoot. Despite its large size the grip is extremely well-designed which goes some distance to negating its ponderous circumference. Below is the Beretta’s grip compared to a S&W M&P9 – what most of us would consider a pretty average-sized pistol.

The biggest ergonomics hit is the gun’s safety. The safety on the 92FS is backwards. Pushing the safety lever forward and out of the way is a counterintuitive gesture. It can be done but it takes a much more conscious effort than disengaging the thumb safety on, say, a 1911. Further, with the Beretta’s long, double-action trigger I consider the safety a bit superfluous, I strongly prefer the “G”-model, decock-only Berettas, but you can make your decision on that.

My final complaint about ergonomics is the magazine release. After having worked extensively with other factory pistols, I found the 92FS’s magazine release difficult to actuate reliably. The button is small, which might be forgivable, but it sits nearly flush with the grip panel. This requires landing on it pretty precisely – a bit more so than I would like.

Other than those complaints the ergonomics aren’t bad. The gun points well, is well balanced, and feels good in the hand. As one would expect from the world’s oldest firearms manufacturer, the Beretta 92FS is extremely well built and smooth.

Where Does the Beretta 92FS Stand Now?

The 92FS shows its age in ways large and small. Fifteen rounds of capacity was phenomenal in the early ‘90s but is pretty pedestrian these days. A 17-round M&P mag for comparison.There is also the issue of capacity. This is a very large handgun, but it holds only 15 rounds. A fifteen-round capacity is pretty good, but most competitors are now squeezing that into very compact form factors. With the Beretta’s size, it should definitely hold a few more. I’ve already mentioned the 92FS’s safety/decocker, and would steer anyone with designs on a Beretta in the direction of a decock-only, “G” model.

All that said, Beretta has corrected nearly all of these issues with updated versions like the M9A3 and 92X models. These models come as decock-only, offer straighter, narrower grips frames, dovetailed sights, and 17-round capacity. And despite its shortcomings the Beretta 92FS is not a bad pistol at all. If I found myself on Christmas Eve, trapped in a skyscraper that had been taken over by German terrorists would I turn up my nose at it? Absolutely not!

If you plan on picking up this living piece of history, there’s a few other things you’ll want to get to improve your quality of shooting.

Once you get these essentials squared away, it’s time to pick up a great deal on your gun and other accessories.

Looking for the best gun deals on the Beretta 92FS? Don’t worry, we’ve got you covered. Check out the links below to find your next duty pistol.

*These are the best prices shown at the time of writing this article. Prices and availabilty may change.*

Upgrades and Accessories for Your Beretta 92FS

Unfortunately, the lack of a designated accessory rail really limits the amount the customization you can do to your Beretta 92FS. However, you can always pick up a top-notch holster. After all, this is a duty pistol and not something to pocket carry.

Best Ammo for Your Beretta 92FS

If you’re new to the game, we’ll clue you in on an ammo pro tip. You should have two sets of ammo. One for target and range practice and one for working and defense. Your defense ammo will cost a bit more, so that’s why you’ll want something cheaper to practice with.

However, we still recommend that you practice a bit with your working ammo as well. That way you’ll get a feel for how your gun shoots when you really need it to.

Other Duty Pistols of Its Class to Check Out

If the Beretta doesn’t quite tickle your fancy, there’s no need to fret. There’s still other great duty pistols out there. And at different price points as well! Here’s two options–one premium option and another for those on a budget.

An Americanized take on the HK VP9 with a push-button magazine release.

The HK VP9 is one our most favorite guns we’ve reviewed yet. As a matter of fact, Gun University’s Roy Chesson is a proud owner of one. The only thing we really docked it points for was the price, but other than that, the HK VP9 earned top marks in every category we subjected it to…READ MORE

Honestly, this is one of the first budget duty pistols we recommend to anyone looking for one. It’s a reliable, straight-shooting pistol that gets the job done. Plus, it’s extremely affordable for just about anybody looking to make a gun purchase…READ MORE

How to Care for Your Beretta 92FS

After picking up your Beretta 92FS and putting a couple hundred rounds through it, you’re probably going want to run it through the cleaner. And TravisP11 put together an outstanding video on how to do just that. Plus, he gives a special shoutout to Black Rifle Coffee–a personal favorite around Gun University!

Important Links and Manuals for Your Beretta 92FS

Need some more info on the Beretta 92FS? Check out these links below in order to maximize your knowledge.

Justin is a former MARSOC Marine, former government contractor, former special operations instructor, current student of paramedicine, author of digital security books, and blogger at SwiftSilentDeadly.com. Justin prides himself on being a generalist with a heavy emphasis in firearms and their employment. 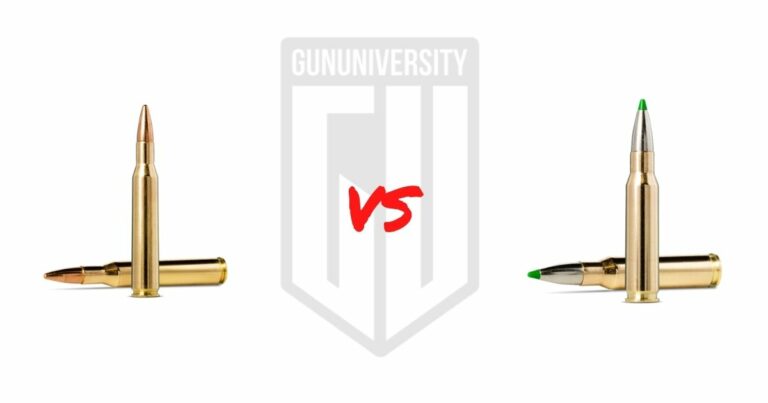 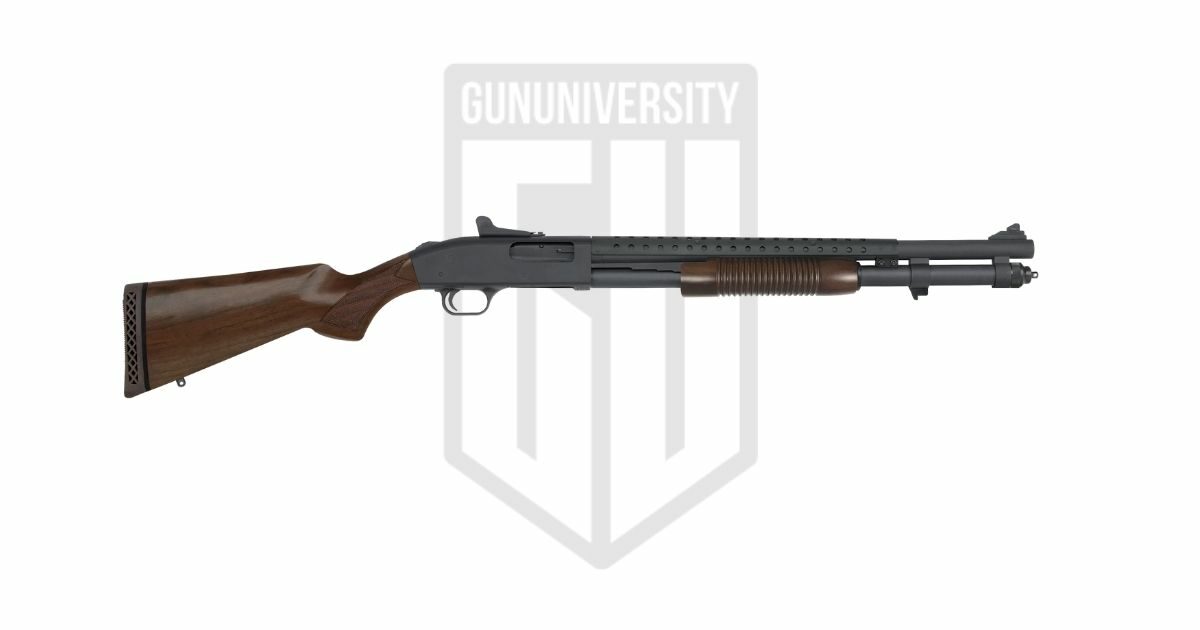